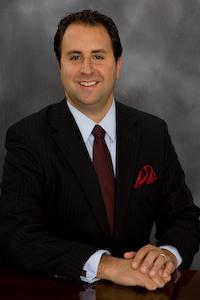 Justin M. Klein is considered one of the leading franchise and business attorneys in the United States. Chambers USA describes Justin as: “a very passionate lawyer”, “very strong, savvy and efficient”, “a big picture guy”. He is one of only 138 lawyers from throughout the United States and 323 attorneys worldwide named to the International Who’s Who of Franchise Lawyers. He is recognized as a ‘Legal Eagle’, one of the nation’s leading franchise attorneys, by the Franchise Times, and has been designated a New Leader of the Bar, one of the top 40 lawyers under 40 years of age by the New Jersey Law Journal. He is also considered as  Super Lawyer.

Justin has helped catapult Marks & Klein, LLP into one of the leading business and franchise law firms in the United States. Justin focuses his practice in the areas of franchise law, commercial litigation and transactions, and wealth preservation. He has served as legal counsel to businesses, both privately held and publicly traded, as well as individuals in transactions, litigation, arbitration and mediation throughout the United States and internationally.

Justin counsels and consults with businesses on methods of expansion and development including franchising, licensing, formation of strategic partnerships and other methods of distribution. And, Justin has also counseled a broad array of start-up concepts and emerging businesses that have been considered some of the fastest growing franchise and business concepts in the United States.

Justin also lends his legal expertise to business owners, helping them protect the wealth they have created and amassed by implementing effective estate planning, wealth management and asset protection strategies. Besides his focus in the areas of franchise and business law, he also counsel’s business owners and partners to create a successful business succession.

IFA’s 49th Annual Legal Symposium, Program Director: “A Walk on the Wild Side: When Franchisor and Franchisee are on the Same Side of the ‘V’”.

Justin Chosen as a NJBIZ 2021 Leaders in Law Honoree!

Check out Justin on Super Lawyers

Check out Justin on Who’s Who Legal

Connect with Justin on LinkedIn