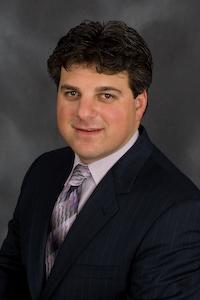 Andrew is the managing attorney of our Illinois offices.

Andrew is a business lawyer with diverse experience.  Andrew represents, counsels and advises clients across numerous industries on general business and litigation matters.

In addition, Andrew works with franchisors and franchisees on franchise-related matters including the preparation and review of franchise disclosure documents, franchise agreements, area development agreements and similar documents.

He is recognized as a ‘Legal Eagle’, one of the nation’s leading franchise attorneys, by the Franchise Times.

Andrew is also experienced in commercial litigation and transactional matters.  He assists clients with general corporate issues, business transactions and corporate governance.  He has extensive experience in handling disputes involving shareholders, officers, directors, managers and members of closely held corporations and limited liability companies.  He has successfully represented clients in actions for oppression, forced buyouts for “fair value,” dissolution, as well as shareholder derivative claims for damages for breach of fiduciary duty and corporate waste.

Andrew represents clients in state and federal trial and appellate courts across the country and alternative dispute resolution forums throughout the United States and is continually involved in all stages of the litigation process, including motion practice, discovery, settlement negotiations and trial. Andrew is a member of the bar of the Illinois Supreme Court as well as the Court of Appeals for the Seventh and Ninth Circuit, the Northern District of Illinois, the District of Colorado and the Eastern District of Wisconsin.

Andrew previously worked as an attorney in the Chicago office of DLA Piper US LLP.  Andrew graduated with honors from Chicago-Kent College of Law at the Illinois Institute of Technology and received his Bachelor of Arts in English from The University of Texas at Austin.

Andrew co-founded the Northern Illinois Franchise Association (“NIFA”) (www.northernilfranchise.org).  The NIFA dedicates itself to supporting the individuals and businesses in franchising at the franchisor, franchisee and supplier levels.  The NIFA is committed to promoting, enhancing and fostering the success of franchisors and franchisees in Illinois through communication, political advocacy, networking, support services and educational programs.

Andrew serves as a member of the Illinois Attorney General’s Franchise Advisory Board.

Connect with Andrew on LinkedIn