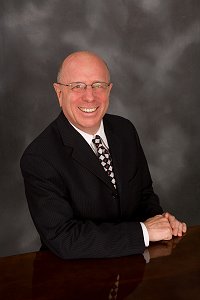 Gerald “Jerry” Marks is an attorney, author, lecturer, Adjunct Professor of Franchise Law at Monmouth University and franchise seminar presenter for the Small Business Administration, Lynn University and other educational and business organizations.

He focuses on commercial litigation, arbitration and mediation of franchisee-franchisor matters. A significant portion of Jerry’s practice is devoted to the representation of franchisees asserting fraud and damage claims against franchisors.

Jerry has written for, been quoted by, and been interviewed by numerous franchise publications, and has been asked to appear and comment on CNN and CNBC with respect to franchise issues. He is admitted to practice before the United States Supreme Court and the Bar of the States of New York and New Jersey, as well as the United States District Courts for the Southern and Eastern Districts of New York, the District of New Jersey and the Eastern District of Michigan.

He was selected to be a member of the Honorable Order of Kentucky Colonels as a result of his successful representation of a Kentucky franchisee.

Connect with Jerry on LinkedIn